It's Easter weekend and the beach will likely be busy with traffic and people.

We decided to try our luck on Friday afternoon instead. 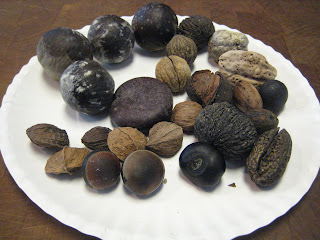 Tracy had the eye for the good beans.

She found a Mary's Bean, two hamburgers (one red & 1 brown) two starnut palms, some sea coconuts, a blisterpod, and a white walnut (butternut) along with some of the more common ones like black walnuts, pecan, and water hickorys.

I found one seaheart, some sea coconuts, and a few common beans but couldn't seem to get on the trail for the "shiny's". 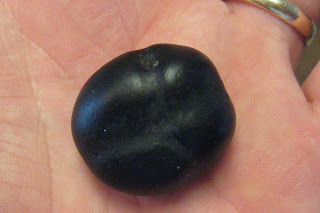 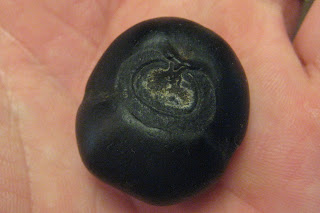 The other side showing the oval attachment scar (hilum). 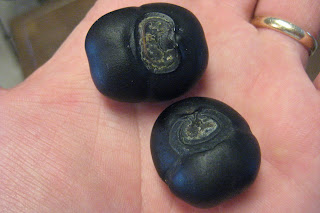 Here are the two Mary's beans together. Mine is on the left and a Tracy's on the right. 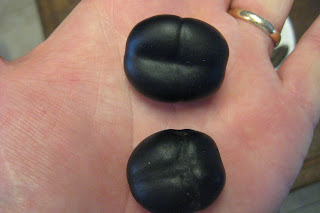 This side shows the distinctive marking from which the bean derives it's nickname.
Posted by John Batchelder at 7:16 PM